For 2018, I’m using a berry dot journal from Michael’s. It has 249 pages of dot grid glory! There is also a content form that could be substituted for the index.

I can’t wait to jump in!

Instead of the normal 6 month future log, I decided to add another spread to cover the whole year.

The month of January… I tried washi tape as the border for the first time. I think it looks pretty good. The icy teal polka dot, from Michael’s, works well for the chilly month. 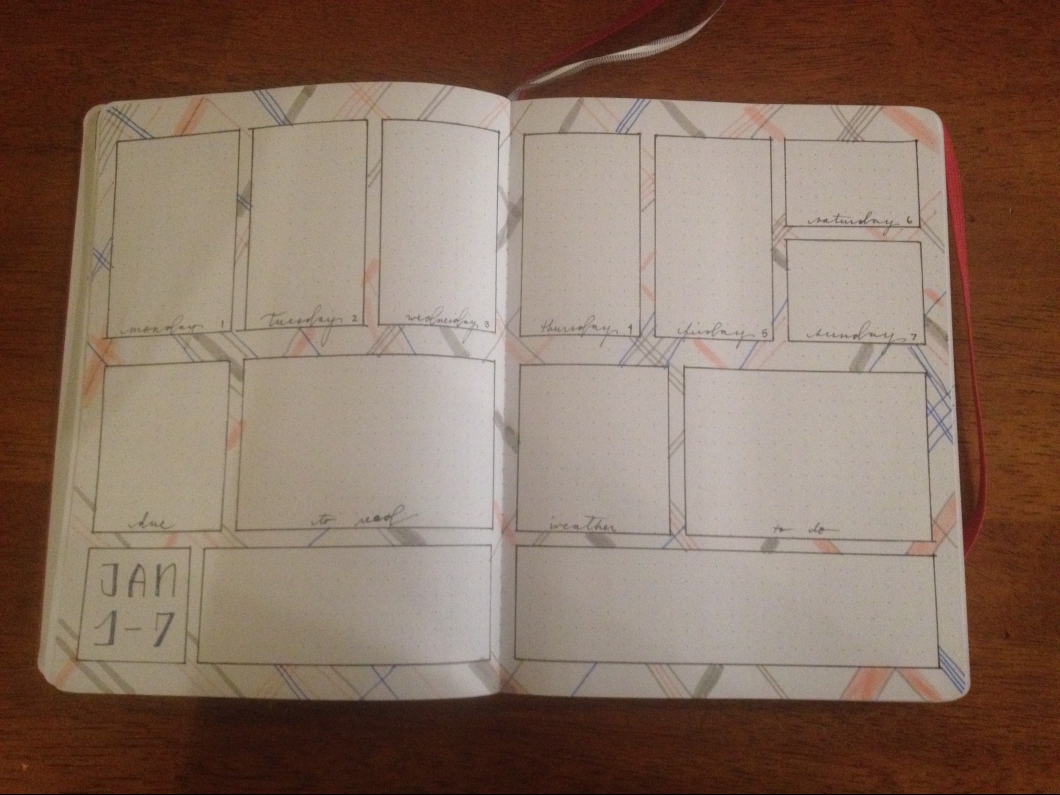 The first week-ly in January is pretty spectacular! The pink and grey markers are Tombow ABT Dual tips. The blue lines were made from a Paper Mate Flair pen. All the lines were bordered by Micron 03 pen in black.

Join the conversation! Be kind and keep it clean (honoring God!). Cancel reply

This site uses Akismet to reduce spam. Learn how your comment data is processed. 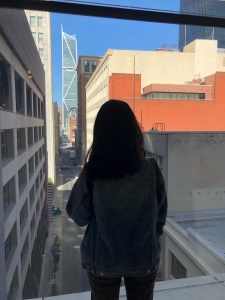 Hi there! I’m Gaby, the artist, blogger, and student behind the blog. I love art and reading and listening to music. Read more about me here. Plus, I’m an INFJ! Do you like pretty printables? and want them for free? Join the quaint & darling crew below!